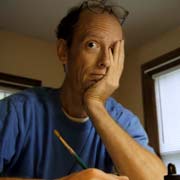 After 36 years, Ralph Snart Adventures is still going strong as a bi-annual ebook. Check out my blog!