Um, hey, Weird Melvins are still in-stock, and I'm still selling them at cover price. You can pay more if you want.

If anyone has had problems downloading my ebooks, that should be fixed now. My new web hosting plan has it's limitations, so I came up with a better way to handle it.

Beer No. 46 was born yesterday. 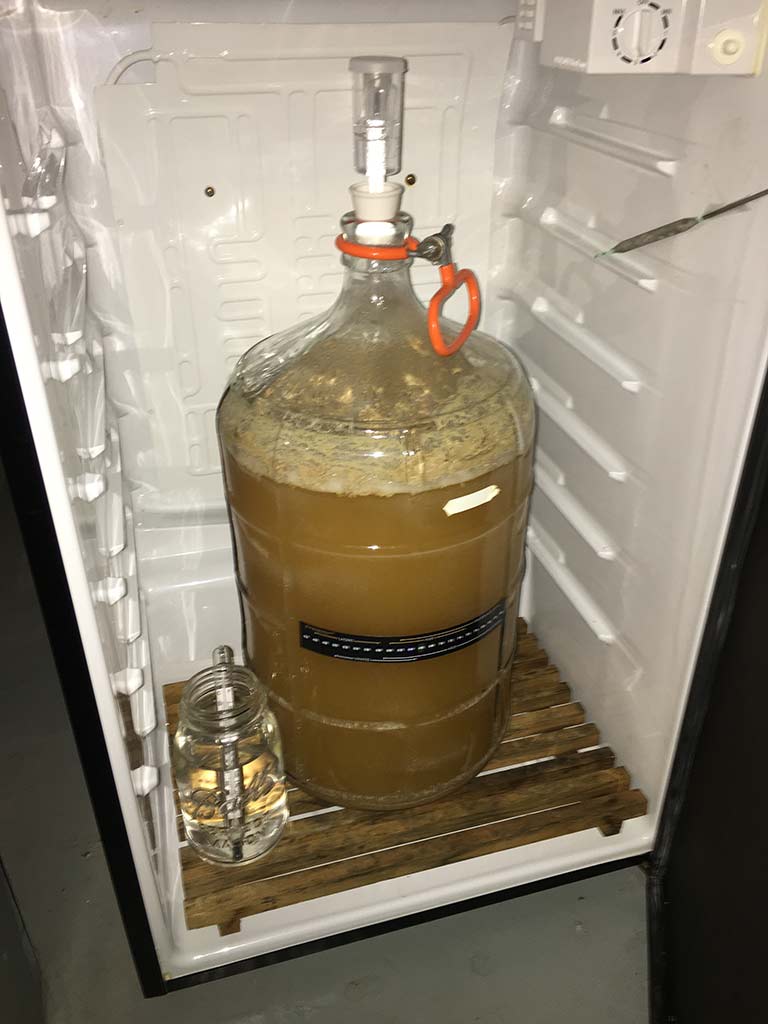 It weighed in at about 50 pounds and appears healthy. BTW, beer No. 44, which I bottled, started uncertain but aged well. Beer No. 45, which was kegged, was pretty awesome from start to finish.

Work begins (writing) on the next issue of RSA. I'd like to write it over the next couple months (while it's hot) to begin drawing in September. Inking in the Summer sucks, so it's to be avoided. Some of the back-up features are either done or partially done already.

This week I'll be brewing Beer #46. Still experimenting with the cream ale style -- there's only one last thing to figure out. Getting close since Beer #45 turned out more than pretty damn good.

Same provider (GoDaddy), just different plan. Major headache -- not as easy as in the old days. Used to be you get a new server, copy over the files, change the DNS and bam! you're done. Now there's SSL certs to rekey, PayPal certs to copy over, mySQL databases to export/import, PHP to test. All of my CSS or JS minifying was broken. Some of which GoDaddy mistakened for malware (maybe because CSS and JS files aren't compressed -- yet). HTACCESS needs to be retested, which I don't know if cPanel even allows (previous plan didn't have cPanel).

GoDaddy costs more but tried the cheaper ones (InMotion and BlueHost), but they sucked -- hidden costs, poor customer service, no process or clue on transferring a site, SSL, et al from one host to another.

Two things... updated the blog with some old entries from my original blog (before the blogger.com blog), so now this blog goes back to 2005. Note the Year dropdown above.

Resurrected some old interviews from the Wayback Machine. With these old interviews, the operative theme is ask a stupid question, get a stupid answer. Also, these pages are the original html, so they're definitely not mobile-friendly.

Finally, noticed that Tony Caputo gave up on the dream. So if you want to start a comic book company called NOW Comics, go for it.

Here I am inking panel one of page five of the upcoming issue of Ralph Snart Adventures (#7). It's strangely relaxing to watch. The GIF below shows the progression of storyboard script to pencil to ink and then to lettered and colored final. One thing to note is how close the storyboard script is to the final, even though, in this instance, it's very rough. The pencil is pretty simple too, but since I'm also the inker, I can get away with that. This makes the inking a bit more creative -- I'm not just delineating, I'm drawing as I ink.

The storyboard scripts I did for other artists, like the stuff I did for NOW (Married... With Children) and Disney (Goofy, Roger Rabbit), were much tighter. In most cases, the artists followed my storyboards as if they were layouts, which is the main reason I stopped doing work for Disney -- they didn't pay enough to justify what I was contributing. Sorry, but $50 per page for story idea, script and layouts doesn't cut it.

Good article.
"One preservation network is known under the acronym LOCKSS – Lots of Copies Keeps Stuff Safe – and that’s a good rule of thumb. Always have a backup, and always have multiple backups." LOCKSS

I keep all of my comic book production files on my daily user laptop and backup often to one of these. I also have two more of them, which I keep updated (one is kept in a fireproof safe). I also backup the entire hard drive of the laptop periodically to multiple external drives and burn DVDs annually and keep in the safe.

I don't keep anything on a cloud server, although my website, with all of it's files, are technically on another server. Don't use the cloud for anything proprietary. Google, et al can't be trusted to keep your files safe or private.

Not saying you need to go to these extremes, but, at the minimum, have at least one means of backup and do it often.

Moved my blog from Google's Blogger to my own domain. I've also restricted Facebook posts to a weekly blurb. If you'd like to be added to a list to receive major news, like if a new book drops, just send me your email address to mh@marchansenstuff.com.

Meanwhile, when I finish coloring the cover for Ralph Snart Adventures #7, I'll update the store link.

Ralph, Doofus and Fat Louie are on the lam after Ralph killed Vladimir Poopin and put President Frump in a coma (with Fat Louie's unknowing help). Foreign spies turn Frump into a 25-foot tall monster with only one thought on it's mind -- KILL SNART. Ralph also finds love (love is a loose term here). Doctor Goot cameo.