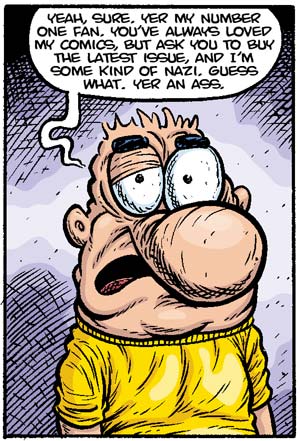 The best thing about the campaign, is the bewildered fan boys who actually got upset by Ralph scolding and disrespecting them. They were genuinely confused who was insulting them; Ralph or myself. How dare me... or him! If you don't get it, you probably don't get Ralph Snart Adventures either.
« Return to blog